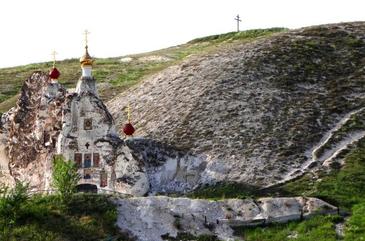 Exciting and at the same time educational excursion to the origins of modern man. The Archaeological Museum Kostenky was built on a place, where were found bones of mammoth, which lived there more than 20 000 years ago. The museum keeps a lot of different ancient artifacts. These are tools, and figures of a pregnent woman (a symbol of the continuation of life), as well as a variety of houshold items. They are priceless and the only evidence of the longest era in the cultural development of the human race on the Earth.

We invite you to visit a small, cozy country town Ostrogozhsk, which was founded in the middle of the XVII century and became a famous cradle of significant figuries of Russian culture, science and art. Nowadays, people call it "Voronezh Athens". The life and activities of numerous representatives of Russian culture are connected with this country town, such as, a philosopher Nikolay Stankevich, world-famous painter Ivan Kramskoy, a poet Samuil Marshak, a writer Gabriel Troepolskiy. During our city tour we will see merchant houses of the XIX - early XX centuries, that create incredible town image.

Then we will visit the house-museum of the great Russian painter Ivan Kramskoy, the place, where he was born and spent his childhood. Next we will visit Museum of History and Art devoted to I.Kramskoy, which was founded more than 100 years ago.Among the original masterpieces of Ivan Kramskoy, you can find original pictures of other famous Russian painters such as Repin, Makovsky, Aivazovsky,Volkov, Ivan Shishkin and others. Among some masterpieces of the collection of the Art Museum you are able to see «Judas Iscariot in the Gethsemane»

If you need a translator or english- speaking your are able to request it additionally.

Book now!
Back to "Day trips"