Day trips:Mysteries and legends of the cave temples 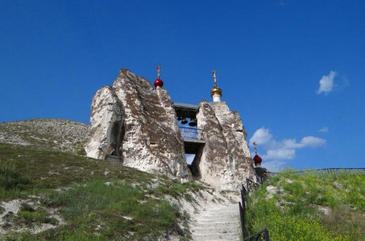 Then we move to the territory of male monastery of Divnogorie.

It is not for nothing, that Chalk Divas attract people from all over the world. This unique creation of nature is plentifully represented in the Voronezh region. Our journey begins with a visit of Small Divas, which are located on the territory of male monastery of Divnogorie. The complex of Small Divas includes a cave church and a bypass gallery with two chapels. The complex was first mentioned in some documents in the year 1653, although there are suggestions of its earlier origin. The principle of building the cave temple and graffiti on the walls resembles images in the Roman catacombs of the first centuries of Christianity.

*If you need a translator or english- speaking your are able to request it additionally.

Book now!
Back to "Day trips"