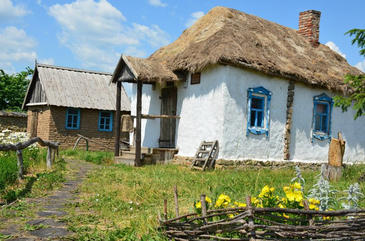 Tour language:
Russian
Price (Adult):
10247 rub.
Duration of the excursion:
9:00 am
Meeting place:
Lenin Square (near the Library of Nikitin)
Duration of an excursion:
3 days/ 2 nights

The open-air museum "Village of 17-19 centuries" was created by Vladimir Brezhnev. There are all necessary conditions for unforgettable holidays: untouched nature, picturesque surroundings, natural food. For those, who loves history, here are collected various tools of carpenters, weavers, blacksmiths and other masters (17-20 centures). The museum is interesting not only for its exhibits, but also for the fact that it is absolutely alive! You can touch everything, try some pastoral occupations, plunge into the history of Russia! During the tour there is an opportunity to take part in a cooking master class of traditional Cossack meal. The friendly owner of the village will serve us a lunch from the products of his own farm. On the territory of the peasant farm there is an opportunity to observe the process of reconstruction of a small settlement of artisans. After lunch, transfer to the Biosphere Reserve.

After lunch, we are going to the only in the world beaver's farm, as well as place of living for many animals, some of them are listed in the Red Book of Russia - Voronezh Biosphere Reserve which is also included in the list of UNESCO Biosphere Reserves. You will visit a "Beaver's city" that includes two-level aquarium with a family of beavers, as well as as interective museum, which has been created using the best technologies. After visiting of Beaver's farm, we will have a walk around the territory of the Tolshevsky Monastery, which was founded in the first half of the 17th century.

We invite you to visit the unique place in our region, the biggest in Russia beaver's farm, which is also shelter for many animals, some of which are listed in the Red Book of Russia - Voronezh State Nature Biosphere Reserve, which is administered by the Ministry of Natural Resources and Ecology of the Russian Federation. It was given the status of a biosphere reserve by UNESCO and it is currently a part of the international network of biosphere reserves, to monitor the state of the environment.

The reserve territory includes a unique complex - "Beaver's city", created on the basis of an experimental farm, which is nowadays, the place for regular filming. We will visit a beaver's shed and a two-level aquarium, an interactive museum "Beaver's House", created using the best technologies.

One more significant place on the territory of the reserve is Tolshevsky Monastery, which was founded in the first half of the 7th century. The name "Tolshevsky" came from the incredible thickness of trees growing here.