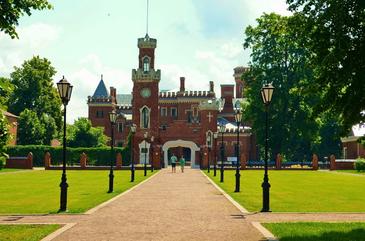 Tour language:
Russian
Price (Adult):
9957 rub.
Duration of the excursion:
9:00 am
Meeting place:
Lenin Square (near the Library of Nikitin)
Duration of an excursion:
3 days/ 2 nights

We offer you one of the most popular, attractive and exciting excursions among tourists to Belogoriye. Many legends and tales envelop this mysterious place. Belogorskiy cave monastery, was founded in the XVIII century. The length of the unique cave temple complex more than 2 km.

Then, we will visit a beautiful and original city Pavlovsk, where at the beginning of the XVIII century by order of Emperor Peter I was built a bill of sale - dockyard Russian Fleet. We'll have a trip along the most beautiful streets of this cozy town, which is included in the list of historical cities of Russia. Depending on the season, there is an excursion on a boat.

The city was founded in the year 1709 by the Peter I as a f o r t r e s s a n d dockyard. It used to b e t h e c i t y o f shipbui lding and h o m e l a n d o f Russian Navy. In times of the Peter I people called this city "Young brother of Saint-Petersburg"